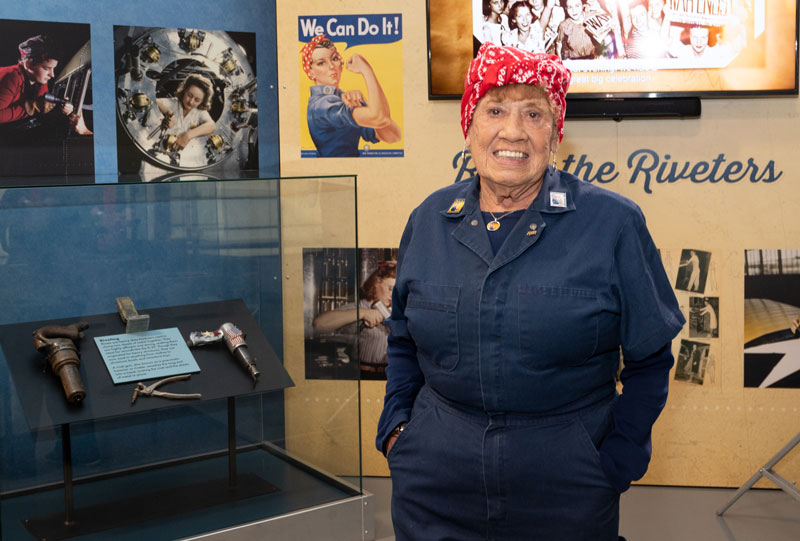 The exhibit and hall of fame were made possible thanks to a gift from Spirit AeroSystems, Inc., which has been a founding sponsor of B-29 Doc and Doc’s Friends, Inc., since 2012. 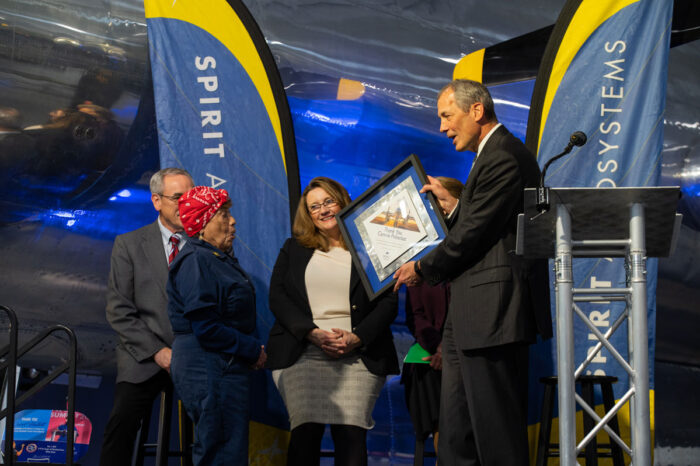 Connie Palacioz, who is 97 years old, was inducted as the inaugural member of the Women in Aviation – Kansas Women’s Hall of Fame by Tom Gentile, Spirit AeroSystems President & CEO.

She was one of the original “Rosie the Riveters” who worked at the Boeing Wichita plant building B-29 Superfortress bombers during World War II.

“The contributions of Connie and women who worked in the defense industry during World War II were a vital piece of the victory realized by the United States and Allied Forces,” Gentile said. “Connie is not only a Wichita treasure, but a national one, too. We were so fortunate to honor her as the inaugural inductee into the Women in Aviation – Kansas Women’s Hall of Fame as we continue to recognize and carry on the legacy of women in the aviation industry.”

Palacioz started in the Boeing Wichita factory fresh out of high school at 17 years old and proved to be a trailblazer. Not only did she join the millions of women defending the United States and the world, she broke racial barriers as a Mexican-American who worked alongside a diverse group of women to produce more than four completed B-29 Superfortress aircraft per day at the height of production at the Wichita factory in 1945.

“I’m honored to be featured in this exhibit that tells the story of the women who went to work in the Boeing Wichita factory during World War II,” Connie said. “Our nation needed us during the war and I wanted to help. I know this exhibit will serve as a lasting monument to those who joined me in Wichita – and beyond – to answer the call to protect the freedom and country we so loved.”

Jeff Turner, chairman of the board of directors of Doc’s Friends, Inc., said the Women in Aviation Exhibit honors the women in Kansas who were pioneers in aviation.

“The addition of the Women in Aviation exhibit in the B-29 Doc Hangar, Education and Visitors Center, further tells the story of the heroes on the home front in Wichita and beyond, who answered the call during World War II to build the machines that helped protect freedom at home and abroad,” Turner said. “We are grateful to Spirit AeroSystems for sponsoring this exhibit that will inspire the next generation of women aviators and aviation industry leaders.” 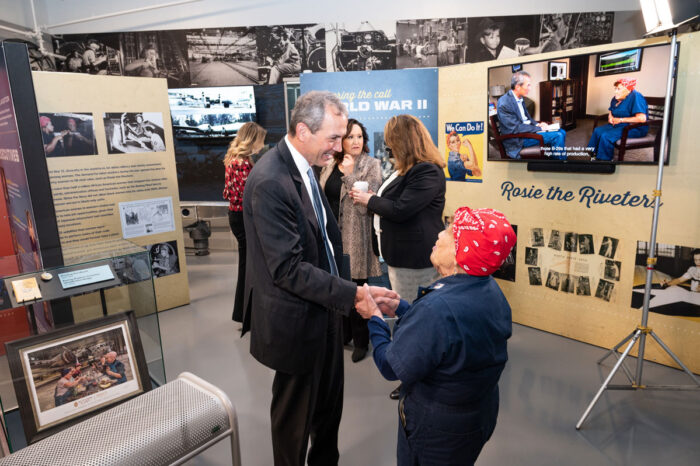 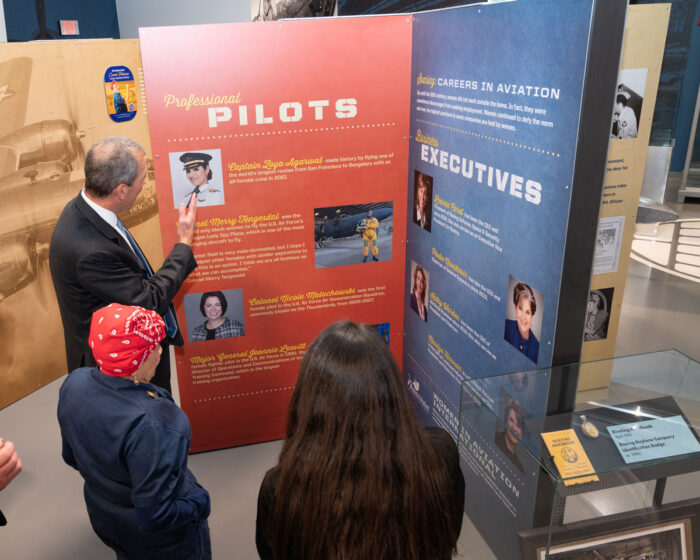 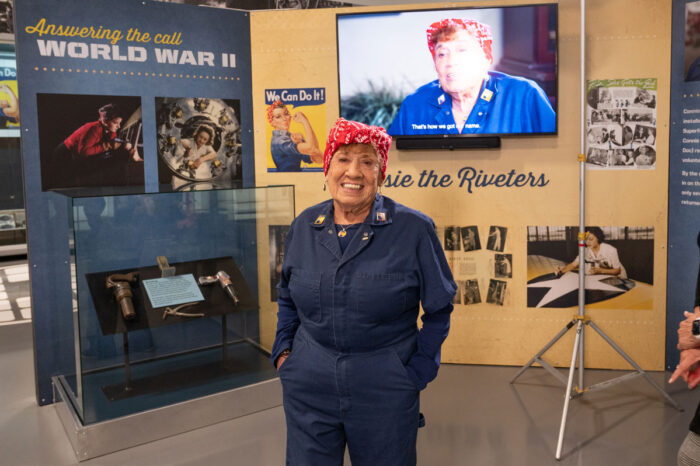 At 2,000 square feet, the Women in Aviation Exhibit honors the women who were on the front lines of the manufacturing and assembly lines, building wartime equipment and serving during a crucial time of need during World War II. The exhibit is in the B-29 Doc Hangar, Education and Visitors Center, which houses Doc, a fully restored B-29 and one of 1,644 B-29s that were built by Boeing in Wichita during World War II.

The B-29 Doc Hangar, Education and Visitors Center is open to the public weekly on Tuesday and Thursday from 9 a.m. to 2 p.m., and on Saturday from 9 a.m. 1 p.m., when B-29 Doc is not on tour.  Click here to see the schedule for the hangar open hours.