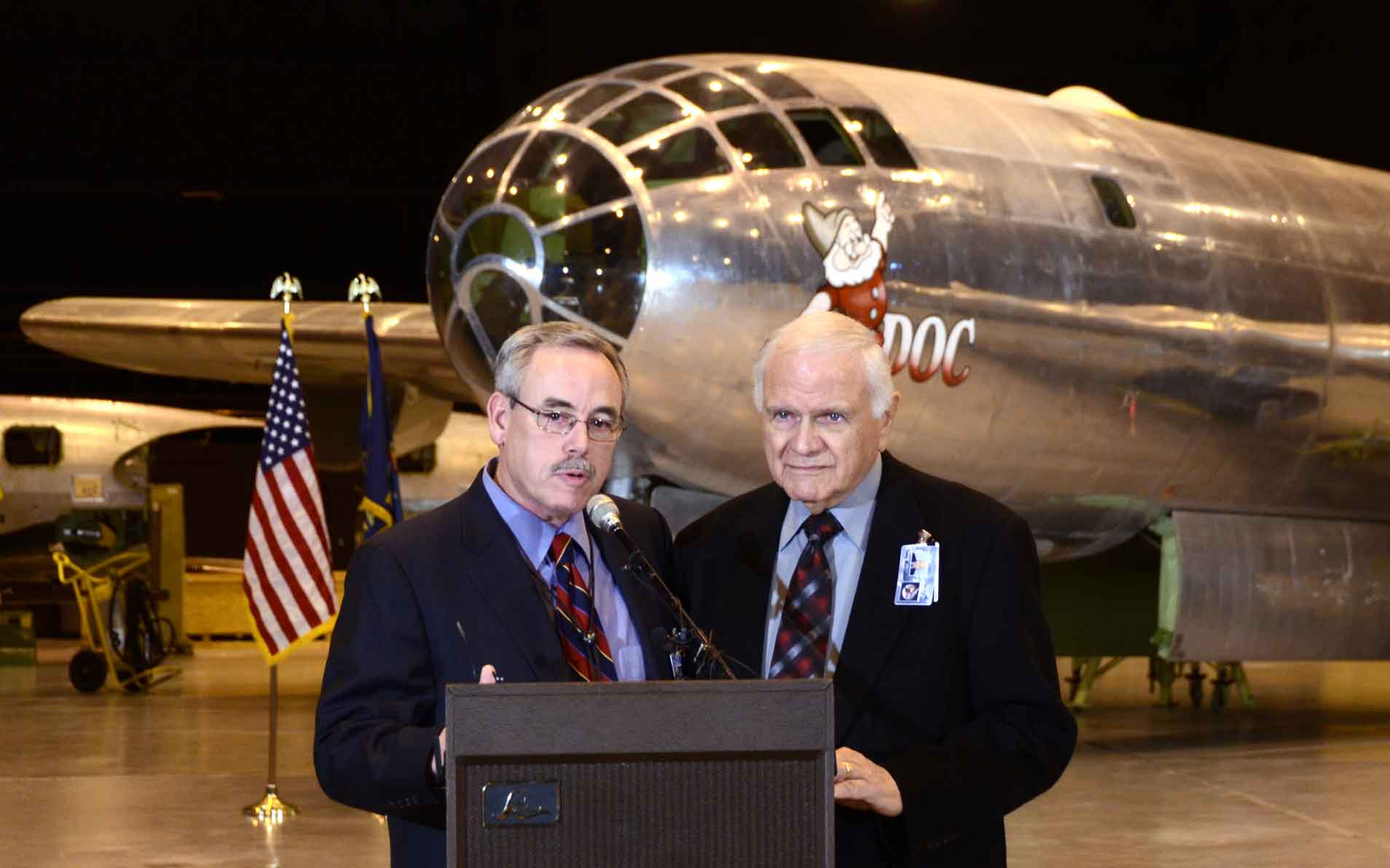 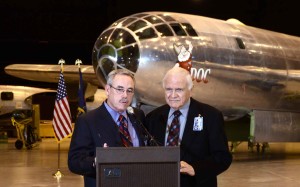 March 11, 2013—Wichita, KS.—A vintage B-29 has been given a new lease on life by a group of Wichita, Kansas, business leaders who are determined to see the airplane restored to flying condition. A new non-profit group, Doc’s Friends, has taken ownership of the airplane and will support the effort to refurbish the vintage airplane. It is believed that Doc is the last known Boeing B-29 Superfortress that is restorable to flying condition.

Doc was originally built in Boeing Wichita’s Plant II facility in 1944. The plane was rescued from the California desert in 1998 and brought to Wichita in 2000 by aviation enthusiast Tony Mazzolini and a host of dedicated volunteers. Mazzolini and the volunteers made great strides restoring the aircraft before efforts stalled due to poor economic conditions and available hangar space.

Doc’s Friends, a group of Wichita aviation enthusiasts, was recently formed to help make Mazzolini’s dream of a flying museum come true. The board is chaired by Jeff Turner; other members include Charlie Chandler, Jack Pelton, Steve Clark, Lynn Nichols, Brad Gorsuch, Vic McMullen, and Ron Ryan. The airplane was recently moved from a storage hangar to active hangar space donated by Boeing, which will allow volunteers to resume work to restore the aircraft.

“This airplane is a national treasure,” said Turner. “We will not rest until we raise enough funds to restore Doc, find a permanent home, and operate Doc as a flying museum for the world to see.”

Prior to this restoration project, Doc was sitting in the Mojave Desert near China Lake, Calif. where it was planned to be used for ballistic testing (target practice). During World War II, this airplane was one of a squadron of eight airplanes named for Snow White and the Seven Dwarfs. It was decommissioned in 1956 and spent forty-two years in the desert before Mazzolini took on a personal mission to recover the airplane and then move it to Wichita for restoration.

“The effort to restore Doc to a flyable aircraft has been on hold for several years. Now, Doc’s Friends is committed to returning Doc to the skies where he first flew back in 1944, Wichita, Kansas,” said Turner.