VIDEO UPDATE: Doc roars to life after a winter’s nap 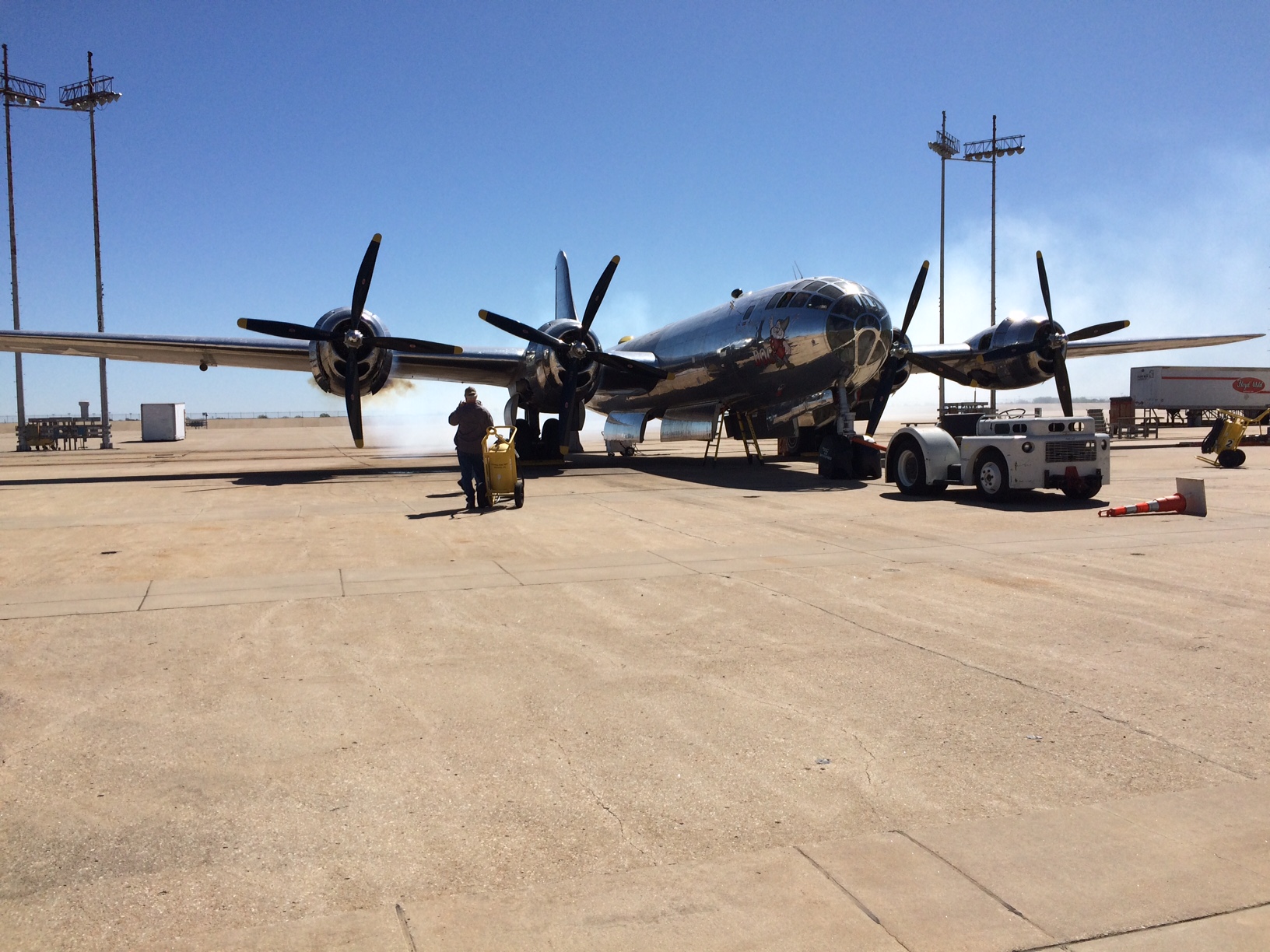 After a long winter of not being able to run the engines on our historic B-29, the restoration crew successfully started and tested all four engines this week.

The crew was not able to start the engines during the winter months due to the cold temperatures in Kansas. The engine starts and testing this week were part of the overall Federal Aviation Administration inspection to receive an Airworthiness Certificate.  The FAA has been working with the restoration crew the past few weeks, looking over documentation and inspecting the restored warbird.

Doc’s Friends Program Director Jim Murphy says this week’s engine runs were tests for the crew to be certain of no issues before a final FAA review and engine inspection, which could happen in the next couple of weeks. After the Airworthiness Certificate, the crew must submit paperwork to the Department of Defense at the Pentagon to receive the appropriate level of permission to use the non-joint-use runway at McConnell Air Force base in Wichita to operate the flight test program.