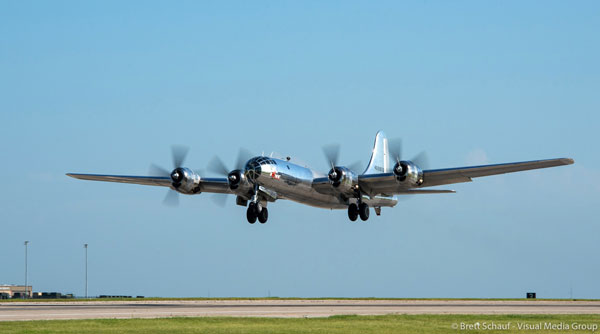 For the first time since 1956, B-29 Doc roared into the sky celebrating a successful first flight Sunday, July 17.

The flight lasted about about seven minutes and the crew reported an overall successful flight. Doc took off from McConnell Air Force Base in Wichita, Kan., and returned to the same runway. In the coming days, the ground and restoration team will review all of the flight data and gauge readings, and they will also perform a full check and inspection of the plane’s systems and control surfaces.

Below you’ll find a highlight video from first flight, including exclusive footage from the runway and inside the cockpit during the flight. More photos and videos will be posted soon.