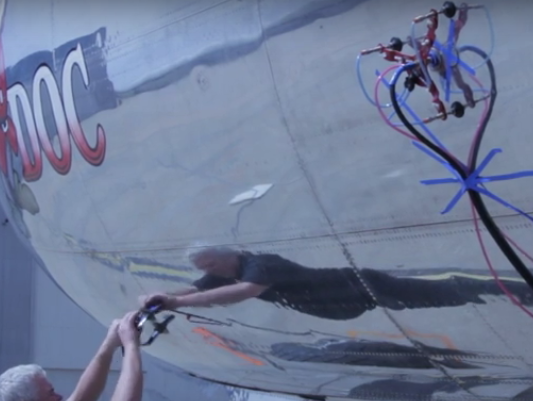 The final steps toward receiving an airworthiness certificate from the FAA began this week at the Doc’s Friends restoration headquarters in Wichita, Kan.

The next step will be a physical inspection of the aircraft by the FAA, followed by an inspection during engine runs. Weather permitting, those tests and inspections could happen in the next week to 10 days.

→ In the video below: Doc restoration volunteers performing wing checks and a pitot static test.