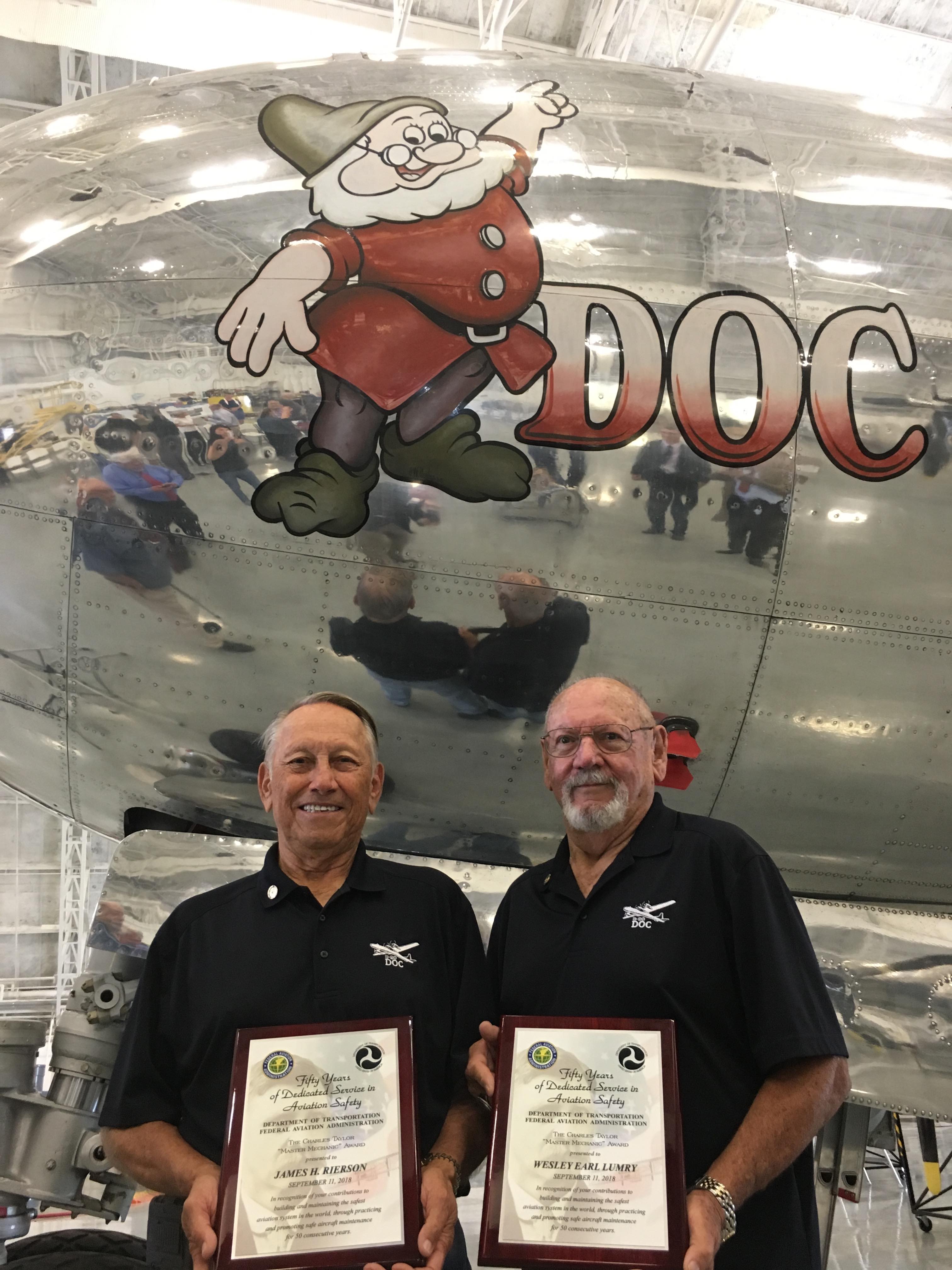 When Doc arrived in Wichita after being rescued from the Mojave Desert in China Lake, California, the B-29 Superfortress that was built in Wichita in 1944 arrived in pieces on seven flatbed trailers. The year was 2000, and that’s when an army of dedicated volunteers that included current and retired aircraft workers from Wichita’s aviation manufacturing industry fell in love with the B-29 Superfortress and the idea of restoring Doc to airworthiness.

Along the way, this team of hundreds of men and women have spent more than 500,000 volunteer hours working on the restoration project. On this Thanksgiving Day in 2018, we salute these volunteers and we are thankful for their dedication to the project.

We’ve told their stories and told the stories of how the team worked tirelessly to put the warbird back together. Now, we are proud to recognize two volunteers who are masters of their craft; two men who are at the heart of Doc’s ability to be deemed airworthy and safe to fly every day. 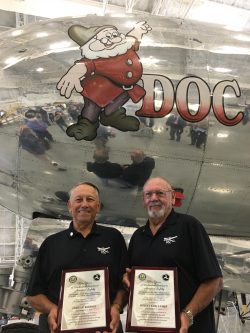 Jim Rierson and Wes Lumry (click to enlarge the photo)

Recently, Wes Lumry and Jim Rierson, both retired aircraft inspectors and mechanics who spent their careers working for Wichita’s prominent aviation companies and leading teams of certified FAA mechanics and inspectors, were honored by the FAA with the Charles Taylor Master Mechanic Award. The award recognizes the lifetime accomplishments of senior mechanics. Mr. Taylor served as the Wright brothers’ mechanic and is credited with designing and building the engine for their first successful aircraft.

Both Wes and Jim have spent countless hours in the years prior to Doc’s return to flight in 2016 ensuring that our team of restoration volunteers closely followed FAA protocol as they restored the historic warbird. Then following the completion of restoration, Wes and Jim have remained key members of the Doc’s Friends maintenance team, overseeing and signing off on all maintenance work and inspections to ensure Doc is airworthy and safe for flight.

Without these two men, and the dozens of others who remain active volunteers today on the project, not to mention the hundreds of others who have been involved in the past 18 years, B-29 Doc would have never been restored. It is their dedicated service and relentless commitment to excellence that has powered Doc back into flight and into the hearts of the next generation of aviation enthusiasts.

Congratulations, Wes and Jim! And we are thankful for your service to Doc and the aviation community! 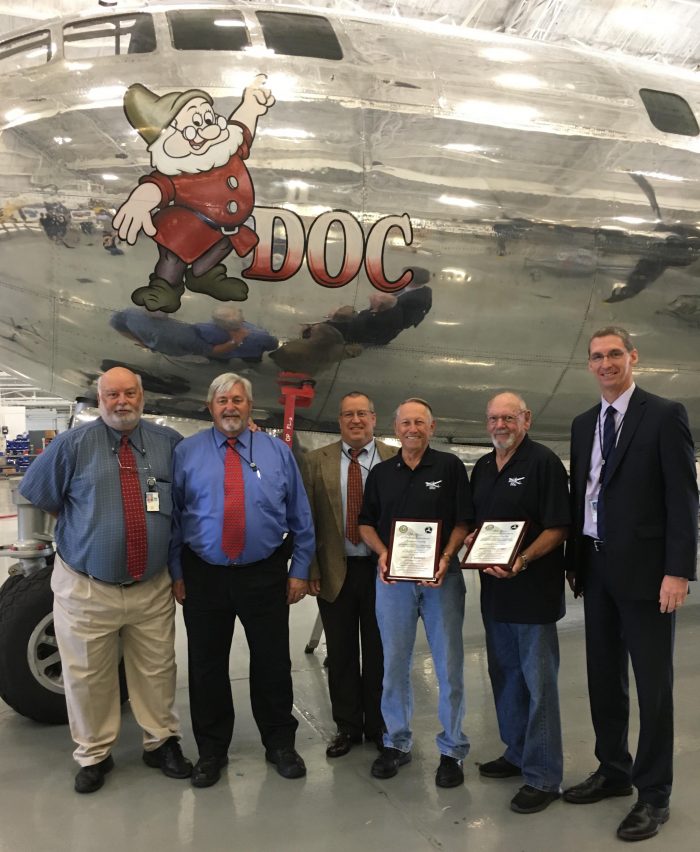 Wes and Jim were honored by members of the Wichita FAA FSDO team earlier this year. 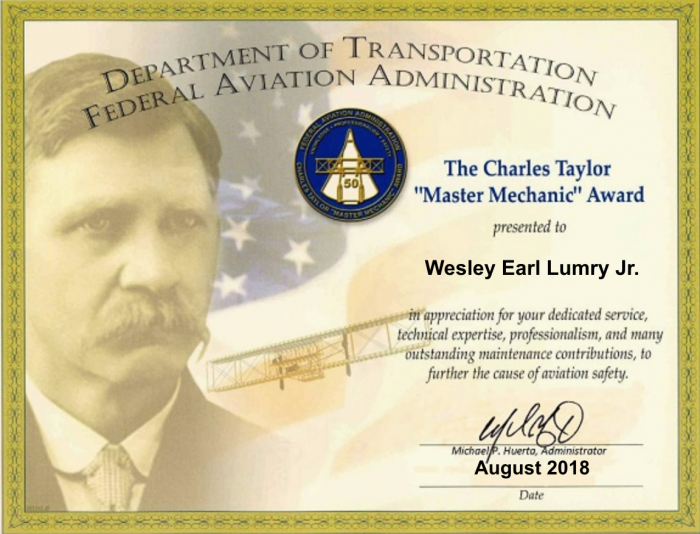 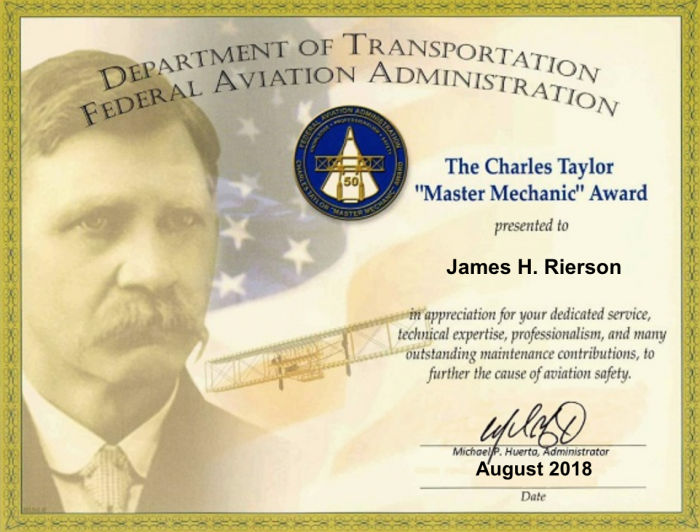 And don’t forget! You can still purchase a brick or granite paver to honor a loved one, or to simply say you’re a part of the Doc’s Friends family! Click here to learn how you can get involved today!