Home > News > On the ground at Barksdale Air Force Base

On the ground at Barksdale Air Force Base 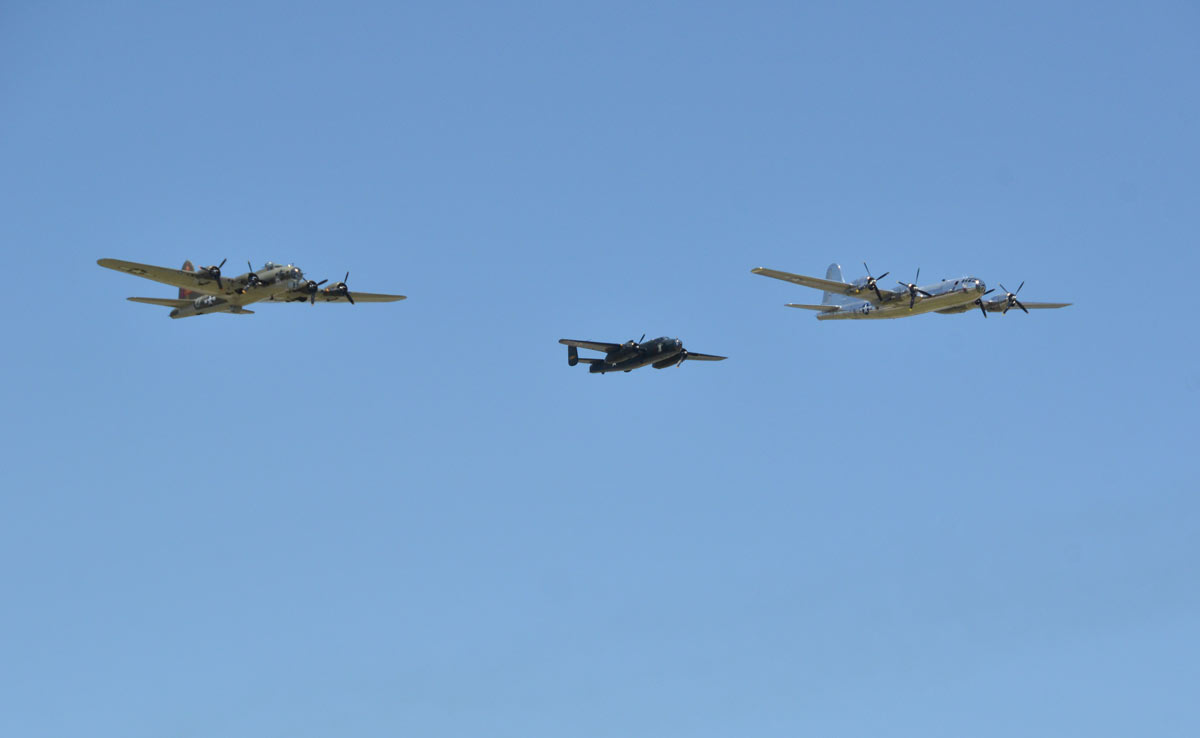 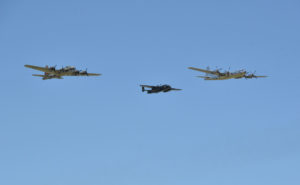 B-29 Doc made its homecoming flight Friday to the first base it was assigned to after being built in Wichita and delivered to the U.S. Army Air Corp in 1945.

Barksdale Air Force Base in Louisiana is the site of Doc’s first air show of 2017. The Defenders of Liberty Air Show opens today (May 6), but on Friday (May 5) Doc arrived in style flying in formation across the airfield with a B-52, B-25 and B-17. The formation flight that included four bombers was the rehearsal flight for Doc’s performance in the air show Saturday and Sunday at Barksdale.

→ Click here to view a photo gallery from Friday.

The two hour flight from Wichita to Barksdale Air Force Base was a success and the crew reports the airplane performed perfectly with no issues.

Follow Doc’s social media channels at www.facebook.com/docsfriends and www.twitter.com/docsfriends for updates from the air show, including photos and videos, through the day Saturday and Sunday.

→ GET INVOLVED. You can join our team as a donor and help Doc continue the mission of honoring, educating and connecting for the 2017 summer tour. Click here to donate.