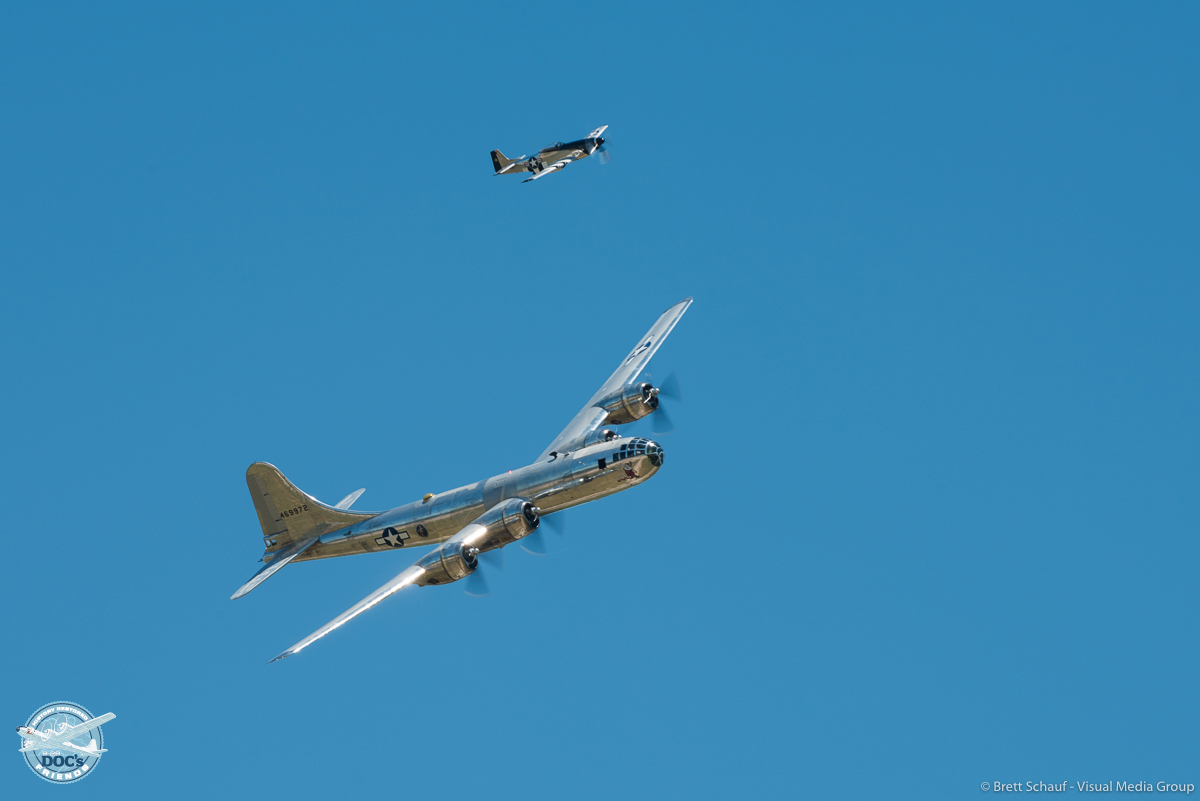 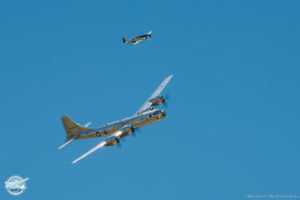 Day 2 of the Barksdale Air Force Base Defenders of Liberty Air Show was a success for B-29 Doc as the historic warbird performed a heritage flight formation before another record crowd.

Several thousand visitors at the Louisiana base gathered to watch the second day of the air show that included B-1, B-2, B-52, B-29, B-25 and B-17 bombers. Dozens of other show performers also participated, including the famous Navy Blue Angels.

The B-29 Doc crew reports that the airplane performed extremely well and “everything on the airplane was perfect.” Doc arrived back in Wichita late Sunday afternoon following three days at the Defenders of Liberty Air Show in Louisiana.  Doc’s next air show appearance will be at Whiteman Air Force Base for the 2017 Wings Over Whiteman Air Show, June 10-11. Click here for more details.

Meanwhile, Doc’s Friends, Inc., continues to work to reschedule the public open house in Wichita that was scheduled in April but had to be canceled due to weather. The team will have an announcement on that make-up date soon.

→ GET INVOLVED. You can join our team as a donor and help Doc continue the mission of honoring, educating and connecting for the 2017 summer tour. Click here to donate.