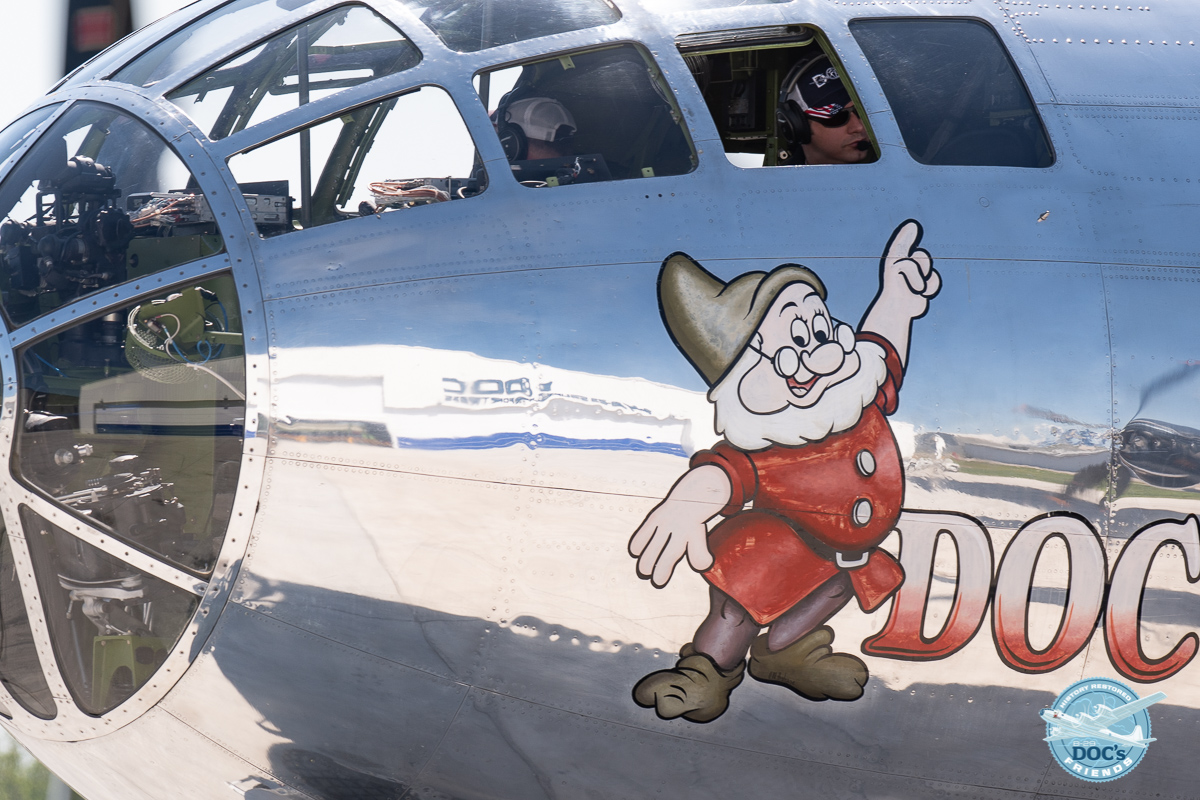 Growing up in Valley Center, Kan., Tim Wiebe’s back yard looked out at a grass runway that was part of a residential airpark. From there, his love for aviation grew as he followed in the footsteps of his grandfather and father, who were both pilots. 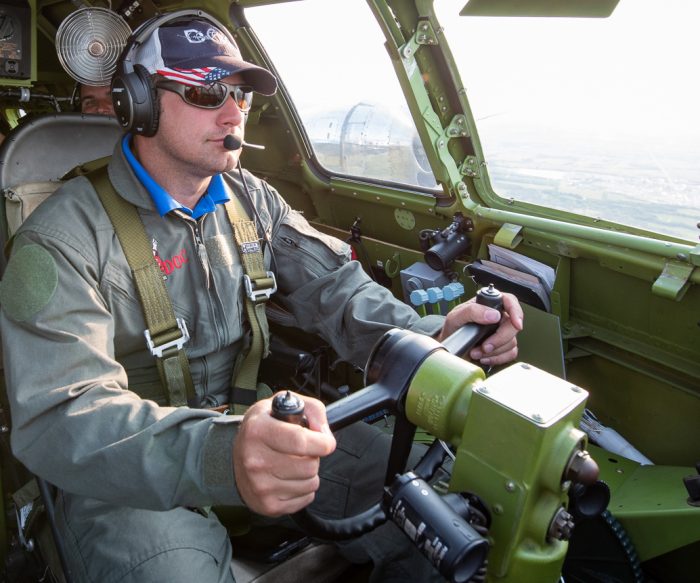 Tim Wiebe at the controls of B-29 Doc. Photo by Brett Schauf.

Tim has logged thousands of hours in multiple aircraft, but one of his favorites is a B-29 Superfortress known as Doc.

“Warbirds have been a part of my passion since I was a kid,” Wiebe said. “A few years ago, I had the opportunity to start flying the other B-29 known as FIFI as a right-seat copilot. When Doc was restored to flight in 2016, I thought ‘perhaps someday I can fly that one, too’.”

As a right-seater, Tim has logged many hours in the B-29. In late April and after several hours of direct pilot-in-command left seat training, it was time for a check-ride to move over to the left seat.

Tim joins fellow B-29 Doc crewmember Ken Newell as two Wichita-based FAA certified B-29 crew members. In addition to Newell’s pilot training as a copilot on Doc, he’s also an FAA certified flight engineer on the B-29 Superfortress.

“Bringing Tim onboard our volunteer flight crew as a certified pilot-in-command is a major step in continuing the legacy of being able to fly and operate B-29 Doc well into the future,” said Josh Wells, Doc’s Friends executive director and general manager. “There are only nine active left-seat certified pilots in the world on a B-29 aircraft type. Having a Wichita-area connection who is one of the youngest members of the nine means we’ve taken the first major step toward ensuring Doc will have pilots to fly the unique aircraft for years to come.”

Ken Newell is also no stranger to growing up in aviation. He graduated from Spartan School of Aeronautics in 1975 with his FAA A&P mechanics certificate, followed by obtaining his IA (Inspection Authorization) in 1978.  As a pilot, he’s logged thousands of hours on multiple aircraft. His keen eye for maintenance and attention to detail makes him one of Doc’s most valuable team members.

“Ken wears several hats. He’s our Chief of Maintenance, which means he’s the guy who leads our all-volunteer maintenance and restoration teams. Then he serves as the crew chief when he’s the flight engineer. And when he’s not sitting at the flight engineer’s panel, he’s sitting in the right seat logging hours and working toward someday becoming a B-29 pilot-in-command himself.” Wells added.

Ken Newell at the controls of B-29 Doc in the co-pilot’s seat (left) and at the Flight Engineer’s panel (right). Photos by Brett Schauf.

Ken retired from Cessna and Textron Aviation in 2013 after nearly 33 years and has been a volunteer with Doc since 2014.

“It didn’t take long for me to decide I needed to be involved in the Doc project,” Newell said. “I’m humbled to be in the position of serving as the person who oversees the maintenance program but more importantly, I’m honored to work with our amazing team of volunteers and crew members.”

Back to Tim. He grew up just north of Wichita and attended Valley Center High School, then he went on to Kansas State University’s professional pilot program in Salina, Kans.

“I enjoy sharing my passion for aviation with others,” Wiebe said. “I look forward to showing off this national treasure [Doc] while educating future generations about the service and sacrifices of the Greatest Generation.”

Learn more about the mission of Doc’s Friends, including the latest flight and tour schedule, online at www.b29doc.com 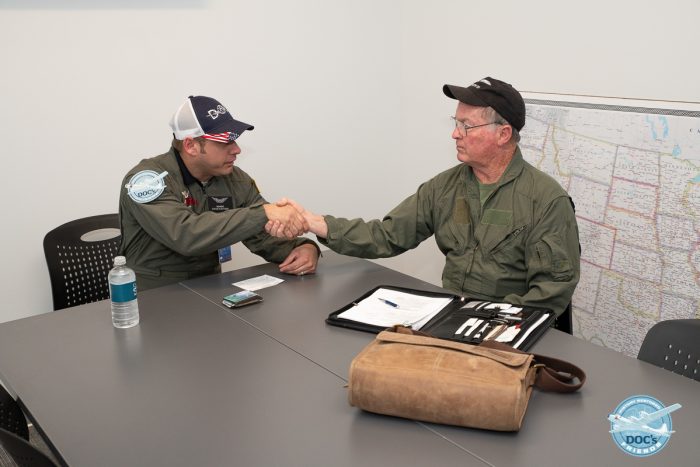 Tim Wiebe (left) received new designation on his pilot’s license for a B-29 Superfortress pilot-in-command from Charlie Tilghman (right), a certified FAA examiner on the B-29 aircraft type. Photo by Brett Schauf.